National Business Daily noticed that back to 2017, the company debuted on the National Equities Exchange and Quotations (NEEQ), China's OTC market, but later retreated from the NEEQ to "improve decision-making efficiency and reduce costs".

Founded in 2010, Pop Mart offers toys collaborated with designers and artists, as well as authorized toys from big brands like Disney and Universal.

The company established a reputation in 2016 when it promoted the first blind box series dubbed "Molly Zodiac", and became widely known because of the blind box craze in 2019. As of December 31, 2019, Pop Mart had 114 retail stores in 33 cities in China, according to its prospectus.

It's noted that Pop Mart reaped 451 million yuan (63.5 million U.S. dollars) of profits last year. Yet only three years ago, the company struggled to turn profitable, data from the prospectus showed. So what is behind its growth? 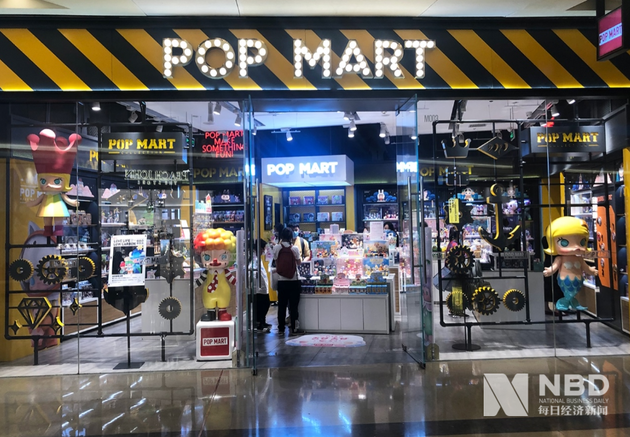 During the "Double 11" shopping gala of 2019, sales volume of Pop Mart on T-mall reached 82.12 million yuan, a year-on-year rise of whopping 295 percent, ranking first among all toy brands on the shopping platform.

One of the company's best-selling toy series is "Molly", a blonde girl created by a designer from Hong Kong, China. In 2019, the popular IP help Pop Mart pocket over 456 million yuan in revenue.

"Developing its own brand is the main reason for Pop Mark's ascending profits," commented an insider.

It's also worth noting that blind box is an important engine for Pop Mart's IP operation. It is reported that Pop Mart sold 4 million Molly toys in 2018 via blind boxes.

Driven by the increasing demand in China, the market is expected to reach 76.3 billion yuan in 2024, predicted by Frost & Sullivan.

But the prospects for Pop Mart after its Hong Kong IPO would be confronted with challenges as well, as the Chinese designer toy market is full of competitors.

Data showcased that in 2019, the top five brands respectively secured 8.5 percent, 7.7 percent, 3.3 percent, 1.7 percent, and 1.6 percent of the Chinese designer toy market in terms of the market share.

Although Pop Mart was the top one toy brand last year, the gap between it and the second place was not huge.

Apart from competition among toy brands, other crossover retailers such as MINISO are joining the race.

Meanwhile, media reports pointed out that Pop Mart is highly relying on IPs, and the continuity of IP appeal and issues concerning IP licensing might be hidden risk for its operation.

As the company stated in the prospectus, "We may not realize the full benefit of our licenses if the IPs we license have less market appeal than expected or if sales from the products that use those IPs are not sufficient to satisfy the minimum guaranteed royalties… We also face various risks associated with our license agreements for IPs and our licensors."