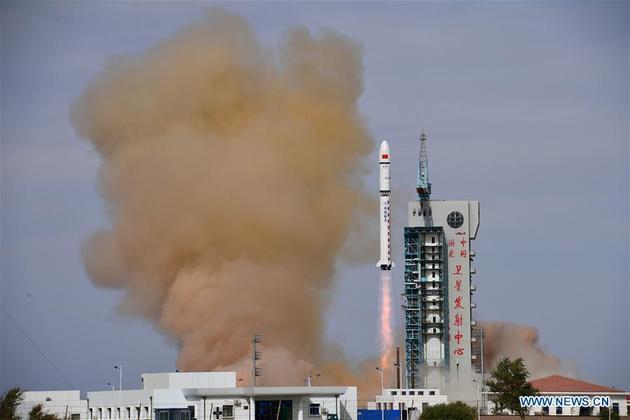 China sent two satellites into space from the Jiuquan Satellite Launch Center in the northwest of the country at 4:53 p.m. Sunday (Beijing Time).

The satellites, which were carried by a Long March-2D carrier rocket, were successfully placed in orbit.

As an optical remote sensing satellite, Gaofen-9 is capable of providing photographs with a resolution of about one meter.

It will be used in land surveys, urban planning, road network design and crop yield estimates, as well as disaster relief. It can also serve projects along the Belt and Road.

The other satellite, HEAD-4, was developed by Beijing-based HEAD Aerospace Technology Co. Ltd. It can carry out on-orbit information collection, including that on ships and aircraft, and the Internet of Things.

It was the 333rd flight of the Long March carrier rocket series.